Deputy Prime Minister Karadjov: The presentation of the Maritime Spatial Plan to the European Commission is forthcoming

Deputy Prime Minister Karadjov: The presentation of the Maritime Spatial Plan to the European Commission is fo

I expect the procedures for the harmonization of the Maritime Spatial Plan to be completed soon and to be presented to the European Commission. This was stated in Burgas by Deputy Prime Minister and Minister of Regional Development Grozdan Karadjov during the opening of a national round table on "Black Sea Horizons 2022. Future for the Black Sea - future for Europe". It is organised on the occasion of the European Day of the Sea and is part of the initiatives of the District Administration - Burgas, Black Sea Institute and other NGOs to spread the ideas of blue growth and policy making for a strong maritime state.

The Maritime Spatial Plan was developed by experts from the National Center for Territorial Development and describes in detail all aspects of the functioning of the Black Sea region, giving forecast scenarios for its economic development in compliance with environmental standards. "This is our roadmap for sustainable growth of the maritime economy and development of the Bulgarian Black Sea region until 2035," said Minister Karadjov. He said Bulgaria has the prerequisites for strong growth based on the blue economy. "With about 400 kilometers of coastline and an exclusive economic zone of about 36,000 square kilometers in the Black Sea, in which we have the rights to groundwater and water resources, we have great potential. We need to make efforts to study it and use it more effectively, "he said. According to him, the ways to do this are by more comprehensively linking the Integrated Maritime Policy with the Integrated Coastal Zone Management. The maritime sector also has significant potential for development - heavy industry, water transport, tourism, energy and natural resources, said the Deputy Prime Minister. Due to its developed transport and scientific infrastructure in the coastal districts of Dobrich, Varna and Burgas, the intelligent specialization aimed at the maritime sector can be achieved. The regional minister also commented that the design and construction of the Black Sea highway is of strategic importance not only for the development of the Black Sea coast, but also for the country. The proposal is to continue this highway as a first-class four-lane road north of Varna to Shabla with a connection to Constanta and Tulcea, and south of Burgas - to Sozopol and Rezovo with a connection to Demirkoy and Istanbul. Thus, the strategic goal for improved "connectivity" will be realized, conditions will be created for full use of the specific potentials of the region and the eastern meridional axis of development along our Black Sea coast will be activated.

"In this way we could reduce the negative effects of the international situation with the tools we have," the regional minister added.

He also reminded of the opportunities for development of the three municipalities with European funds. Varna and Burgas are among the ten cities designated as growth centers under the Regional Development Program for 2021-2027 and they can compete with the rest for the resource of over BGN 1 billion. Dobrich is among the municipalities that will have access to BGN 2.5 billion with over BGN 750 million from the five cross-border cooperation programs, joint projects could also be implemented in the border regions of Bulgaria. Central and local authorities have secured access to another BGN 2.5 billion under other European programs for cooperation and good neighbourliness, such as Interreg-Europe and NEXT Black Sea Basin.

Students from the Vocational School of Maritime Navigation and Fishing "St. Nicholas" in Burgas also took part in the event.

The forum was also attended by the regional governors of Burgas - Stoyko Tankov, Varna - Blagomir Kotsev, and Dobrich - Galin Gospodinov, the mayor of Burgas Dimitar Nikolov, MPs Petar Kanev and Zlatomira Karageorgieva-Mostrova, representatives of institutions related to the sea, and others.

After it, Deputy Prime Minister Karadjov held a working meeting with the three regional governors and the ITN MP Zlatomira Karageorgieva-Mostrova. The district governors raised the problems of their settlements related to the road and water supply networks.

The program for the visit of Deputy Prime Minister Karadjov envisages holding a working meeting with the Mayor of Burgas Dimitar Nikolov. 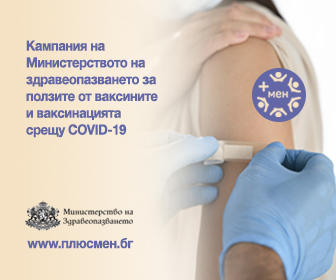